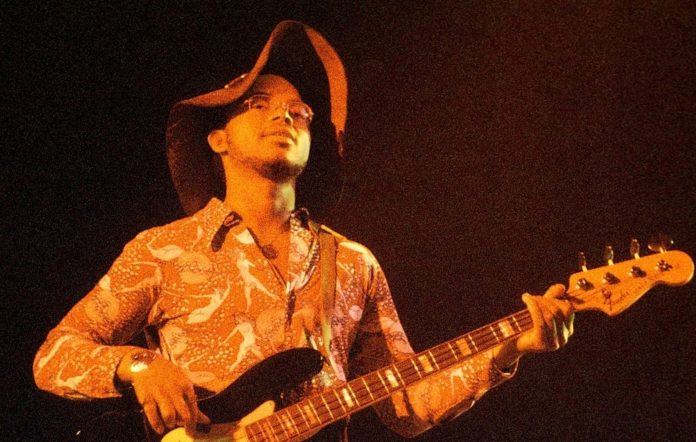 The musician passed away peacefully at a Long Beach, California, hospital on Friday (April 2) after a long, undisclosed illness, according to Billboard.

Born in 1949 in Torrance, California, Dickerson played a big part in helping to develop War’s signature sound co-writing and playing on tracks like ‘The Cisco Kid’, ‘Why Can’t We Be Friends’, ‘Low Rider’, ‘Summer’ and a number of others.

In addition to playing bass, Dickerson also sang on numerous of the band’s songs including their 1972 hit ‘The World Is a Ghetto’.

Before forming War, Dickerson played in a group called The Creators along with his uncle Howard E. Scott. The band split up during the Vietnam War, and while Dickerson was away in Hawaii, his uncle joined a new band that later became known as The Nightshift.

Upon his return from Hawaii, Dickerson joined The Nightshift before the band eventually morphed into the original lineup of War with former Animals singer Eric Burdon.

In April 1970, War released their debut album, ‘Eric Burdon Declares War’, featuring the hit single ‘Spill The Wine’, which peaked at Number Three on the US singles chart. The band’s sophomore double album, ‘The Black-Man’s Burdon’, was released just a few months later.

Dickerson left War in 1979 but reunited with several of his former bandmates in the ’90s to form a new group called Lowrider Band, although their activities were limited to touring.

Dickerson is survived by his mother, his uncle and his children. Donations in his name can be made to MusiCares.