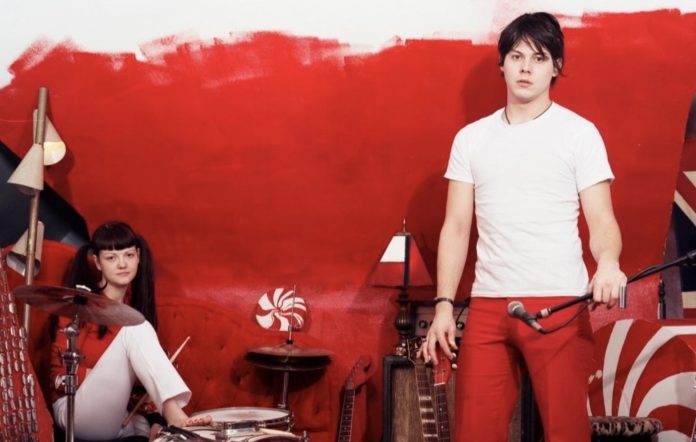 A press release for the companion album reads: “In February 2001, Jack and Meg White hopped into their trusty Dodge van and made their way down south to Easley-McCain Recording in Memphis, Tennessee. Inspired and electrified by their recent overseas touring and the increasingly rabid reaction to their live performances, the White Stripes would, for the first time, record an album outside of their hometown Detroit.

“Interviews at the time had Jack postulating that the record might stretch to a double LP length and while that didn’t happen, the fruit born from the sessions proved markedly unique in the band’s canon.”

Captured by photographer David Swanson, you can check out a behind-the-scenes clip from the ‘White Blood Cells’ recording sessions below:

See the tracklist for ‘White Blood Cells XX’ below:

You can listen to an alternate version of Jack and Meg White’s ‘Fell In Love With A Girl’ below:

In order to get your hands on a copy of ‘White Blood Cells XX’, you can sign up on the Third Man Records official website up until April 30.

In February, The White Stripes shared a vintage performance of ‘Hotel Yorba’ from Later… With Jools Holland.

Shared to celebrate the release of The White Stripes Greatest Hits, the performance was recorded in 2001 and was Jack and Meg White’s first appearance on UK television.

Meanwhile, Jack White has bought a £3,600 guitar for a busker in Edinburgh after his own instrument was smashed up by a woman on the street.