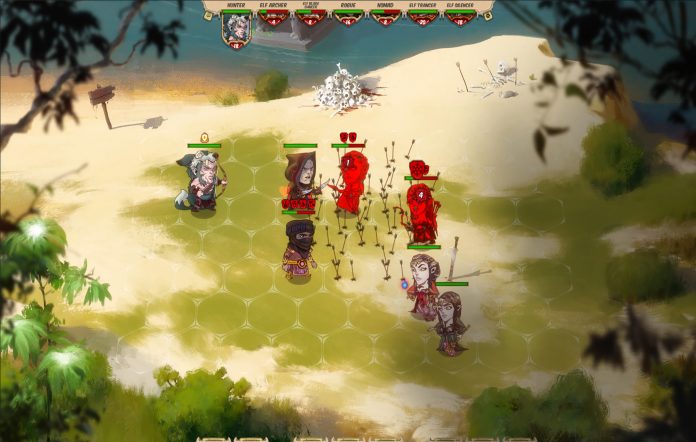 Strategy game Overfall has been removed from some Steam libraries over an allegation that the developer had been scammed.

Some Steam account holders were faced with a pop-up on April 1 stating that their copy of Overfall had been revoked. The pop-up stated that the removal was due to “a problem processing payment” and advising account holders to “contact the seller you acquired the Product code from for assistance”.

Many of the account owners had purchased Overfall several years before, leading to multiple negative reviews on Steam. According to a report by Rock Paper Shotgun, the revoked keys appear to have been part of a bundle purchased from Steam key seller Fanatical.

Well this is a first. Turned on my computer to be notified that one of my games on Steam has been revoked. I didn't even know this could happen! Now a game I payed money for I no longer own and cannot play whatsoever. This sucks! pic.twitter.com/dTt1CzphuY

Eventually, the Overfall developers took to Steam to explain the situation. They stated that they were willing to send out replacement keys to those affected, if they asked, but that the situation had arisen from them being “scammed” by a publisher.

The full statement reads: “Hi Folks, the cd-key situation is like this; years ago through a publisher, we made a deal to make Overfall known for wider audiences. This ‘publisher’ wanted approx. 30k keys from us and said they were going to pay us after-sales. Unfortunately, we got scammed by this ‘publisher’ (not a site like Fanatical) and couldn’t receive payment.

“On top of that, we witnessed that these keys were being sold on other fraud sites. This is why we had to revoke them without knowing where those keys have been sold.

The Overfall team then made two updates to the statement, assuring fans that the publisher in question was not Fanatical and that Steam keys would be provided to everyone affected by the revocation.

“We’re not talking about Fanatical with the whole fraud situation,” the first edit read, “we’re in fact in contact with them to make things easier for you guys.”

Steam recently announced that its Steam Game Festival will now be known as Steam Next Fest moving forward, in order to “more directly communicate its focus”.