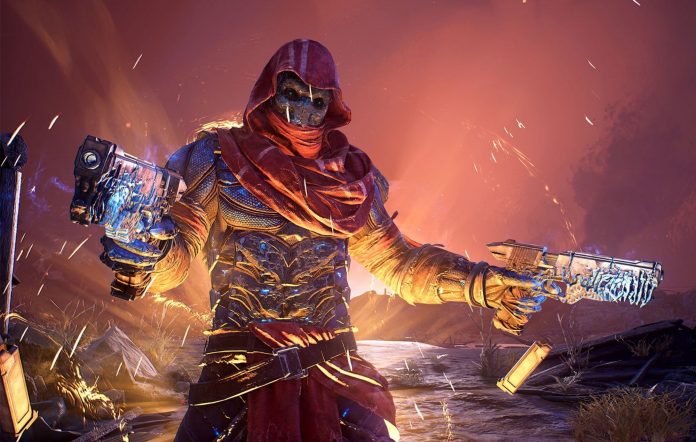 Outriders does not include a pause function on PC unless the player has NVIDIA GeForce Experience enabled.

Outriders has already faced considerable criticism for its requirement of a constant internet connection, but has also prevented players from pressing pause during their game, unless they use an NVIDIA workaround.

The workaround in question requires the player to be using NVIDIA rather than an AMD GPU, and to have GeForce Experience enabled. Pressing Alt+F2 in this configuration should activate Ansel which will automatically pause the game.

For those using an AMD GPU, this option is not available and Outriders will continue to run in the background of any overlays and menus. This applies to both co-op and solo campaigns.

Developers People Can Fly recently announced that those who cheat in Outriders will be subject to harsher penalties, including a permanent HUD branding.

The Outriders developer outlined their cheating and hacking policy, saying: “At the time when we reached around 2 million players, we identified 200 players who had clearly cheated. In percentage terms, that’s 0.01%.”

Repercussions for cheating in Outriders are varied, and will target the player’s account, rather than being character-specific. Cheaters will be unable to matchmake with legitimate players, but will still be able to play solo.

Instead of banning players from Outriders, People Can Fly have said: “In future, your HUD will have a discreet but visible watermark placed on it so that gameplay footage created on this account can be readily identified as coming from a flagged account.”

In order to remove the watermark after cheating in the demo, they will have to delete all characters and items on their account beforehand.

Outriders is now on Xbox Game Pass and has been available on there since its April 1 launch.