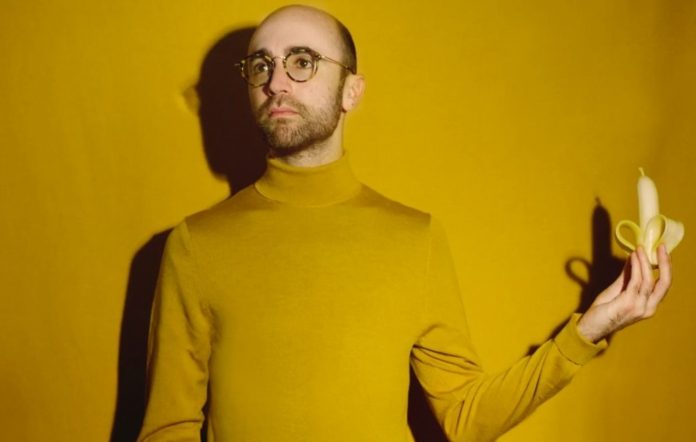 It comes after the indie group announced in February that they were splitting up, with Bloom admitting that it “wasn’t an easy thing to come to terms with”.

Now, Bloom has announced he’s going solo and that his new album will arrive on June 18 via his own label Ultimate Blends.

Coming up with some of the ideas for ‘Pedestrian’ while out running, he explained his key inspirations in a statement.

“I was contemplating a lot of things when I was trying to come up with the lyrical themes,” Bloom said. “I listened to this instrumental a lot when I was out running, and I remember seeing the word ‘Pedestrian’ on a road sign. It made me contemplate what a pedestrian is, and what the word represents.”

He continued: “As pedestrians, we’re all trapped in our own individual worlds but when something cataclysmic happens, we’re all brought together. I think about death a lot, and I think about what humans are and whether we are the only intelligent life in the universe. So I guess this song explores both of those feelings at the same time.”

Giving fans a taster of what to expect from the album, Bloom shared its title track and accompanying music video – see it above.

In 2016, Yuck appeared on a tribute album dedicated to Elliott Smith.

‘Say Yes! A Tribute to Elliott Smith’ features 14 previously unheard covers of Elliott Smith songs, including ‘Ballad of Big Nothing,’ ‘Needle in the Hay’ and Good Will Hunting’s ‘Miss Misery’.