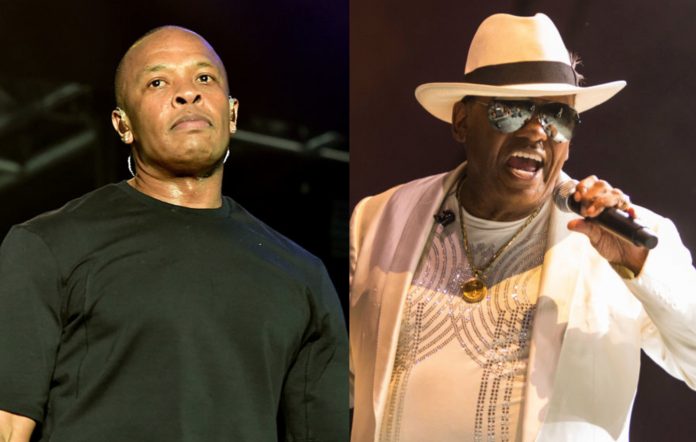 Dr. Dre and Isley Brothers legend Ronald Isley have been spotted working in the studio together.

This past weekend (April 4), The Isley Brothers faced off against Earth, Wind & Fire in the latest episode of the VERZUZ battle series.

Sometime prior to the event, the band’s frontman made his way over to Dre’s studio where he proceeded to link with the iconic producer and his Aftermath in-house producer Fred Wreck.

“Today with Dr. Dre!” Isley wrote on Instagram, sharing a series of photos of the pair.

While Isley didn’t reveal whether they had recorded any music, Wreck confirmed they did in his own post. “Wow I can’t believe I got to work with one of my heroes today! Mr Big @ronaldisley #isleybrothers,” he wrote.

While it’s unclear exactly what they worked on, it’s possible Isley lent his vocals to Dre’s much anticipated ‘Detox’ album, which he started back working on in January after returning home from hospital after suffering a brain aneurysm.

In February, a snippet of a new Dre track was previewed which hears the legendary producer rap about his divorce and brain injury.

DJ Silk, a longtime affiliate of Dre’s Aftermath Records, surprised fans during a recent Instagram Live session by playing a snippet of the yet to be titled record which also features rapper KXNG Crooked.

Meanwhile, cassette reissues of albums by 2Pac, Snoop Dogg and Dr. Dre are on the way to celebrate the 30th anniversary of Death Row Records.

Death Row dominated the ’90s and was home to some of the biggest names in hip-hop. In addition to 2Pac, Snoop and Dre, the likes of Nate Dogg, Tha Dogg Pound, MC Hammer, The Lady Of Rage and KXNG Crooked were also signed to the powerhouse rap label.