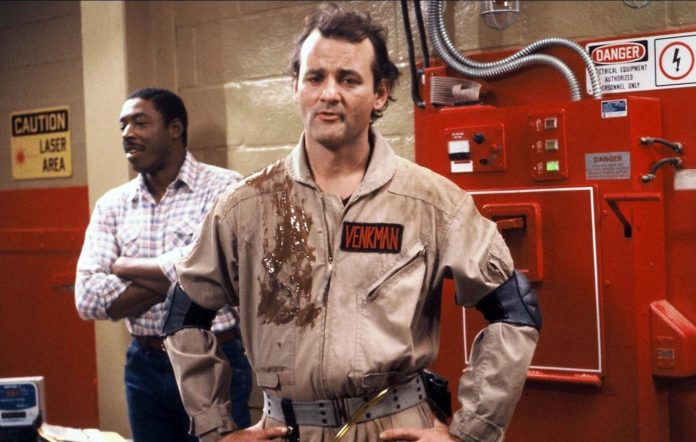 Bill Murray has discussed what it was like filming the upcoming new Ghostbusters movie, revealing that it was “physically painful”.

Last year, the actor confirmed after much speculation that he would be appearing in Ghostbusters: Afterlife, the forthcoming Ghostbusters sequel directed by Jason Reitman. It will also see the return of original cast members Dan Aykroyd, Ernie Hudson, Sigourney Weaver and Annie Potts.

Speaking in a new Q&A when he was awarded the Maltin Modern Master Award at the 36th Santa Barbara Film Festival last week (April 2), Murray, who played Dr. Peter Venkman in Ghostbusters (1984) and Ghostbusters 2 (1989), opened up about being approached to join the cast of the new film.

Explaining how the conversation between him and Reitman began, Murray said: “I remember him calling me and saying, ‘I’ve got an idea for another Ghostbusters. I’ve had this idea for years. I thought, ‘What the heck could that possibly be?’ I remember him when he was a kid. I remember his Bar Mitzvah. I was like, ‘What the heck? What does this kid know?’”

He continued: “But he had a really, really wonderful idea that he wrote with another wonderful guy that I got to work with, Gil Kenan, who made City Of Ember. The two of them wrote a Ghostbusters movie that really brings it back to life. It really has the feel of the first one, more than the second one or the girls’ one. It has a different feel than two out of four.”

Ghostbusters: Afterlife was originally slated to be released last year and has since been postponed to November 11, 2021. Murray talked about Reitman’s task to carry on what his father Ivan Reitman started with the original two films in the franchise.

“I think he’s really got something,” Murray continued. “It was hard. It was really hard. That’s why I think it’s gonna be good. We were just in it for a little while, but it was physically painful. Wearing those packs is extremely uncomfortable. We had batteries the size of batteries. They now have batteries the size of earrings. It’s still a really heavy thing to wear, all the time.

“The special effects in this one are a lot of wind and dirt in your face, and there was a lot of going down and getting back up. I was like, ‘What is this? What am I doing? These are like Bulgarian deadlifts, or a Russian kettlebell, getting up and down with this thing on my back.’ It was very uncomfortable.”

He added: “Usually, when something has a very high misery quotient, something comes of that and some quality is produced that, if you can capture it and project it, comes on the screen and affects you. I think it comes out sometime in the fall. They’ve delayed it for a year or a year and a half, but I’m glad they did. It will be worth seeing.”

The new film – which also stars Finn Wolfhard, Carrie Coon, Mckenna Grace and Paul Rudd – will follow a small family as they move to a small town in Oklahoma when the mother, Callie (Coon), inherits a property from a father she didn’t know. Grace plays science-obsessed daughter Phoebe, while Wolfhard plays son Trevor.

Meanwhile, Jenny Lewis and Bill Murray have teamed up for an unlikely cover of Drake‘s 2020 hit ‘Laugh Now Cry Later’.